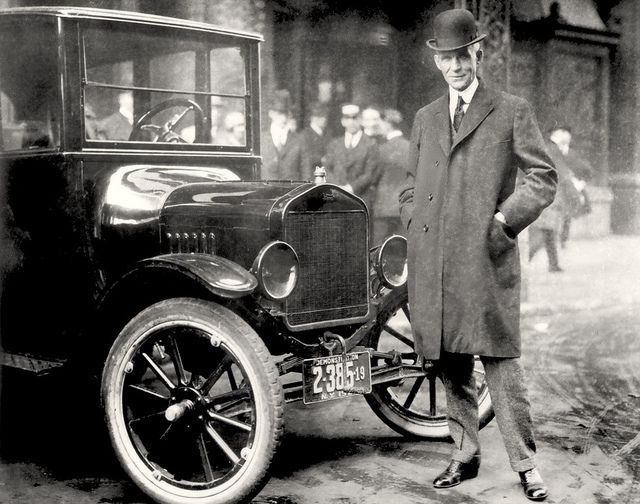 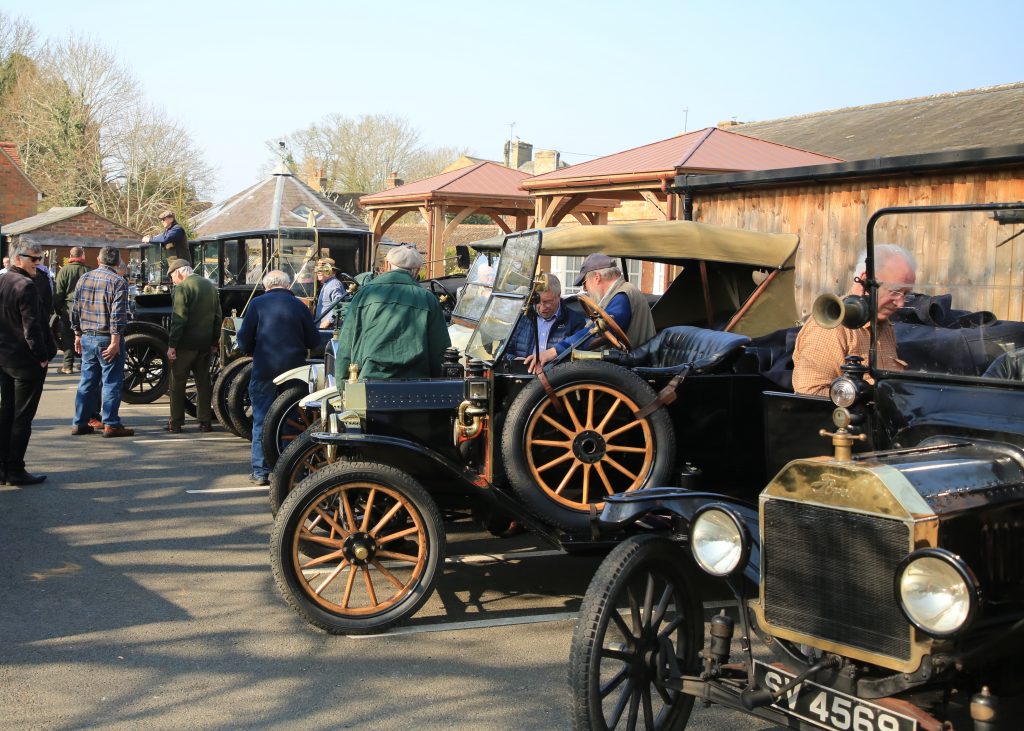 Henry Ford was from Detroit, Michigan, USA & made his first car at his home in  1896.

After some false starts, the Ford Motor Company was formed in 1903. A variety of models were produced prior to the introduction of their most successful car in September 1908 –  the Model T.

Between 1908 & 1927, more than 15 million Model T vehicles were produced. It was the  most successful car pre the 2nd world war & became “the car that changed the world”.
In addition to production in Detroit, Ford assembled Model Ts in locations across the world including Trafford Park, Manchester. Approxmately 100,000 Model Ts survive today of which it is estimated that 600 are English built.
The car was designed to be strong, lightweight & flexible to cope with the rough American roads (the width of the wheel base designed to fit the typical US farm track) and sold at a low price.
It is worth noting that in the early years, many Model Ts were sold to & operated by people with little mechanical knowledge & no experience of the internal combustion engine. The cars were basic enough for the inexperienced owner to drive & maintain but made to engineering standards that ensured reliability & strength.
They were available in a variety of body styles, however the basic mechanical specification remained the same & the engines were used many & diverse ways.
For more information please click here: